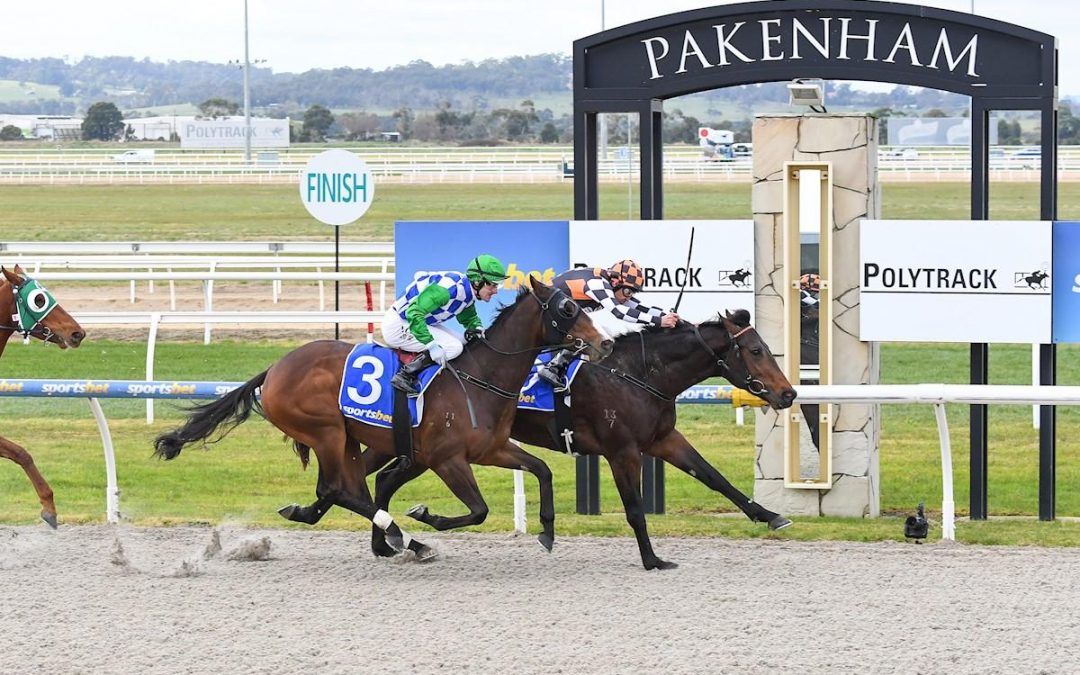 A thrilling debut win by 2yo colt DEWHURST yesterday on the Pakenham Synthetic. Originally due to run at Ballarat the day before against 2yo’s, Archie Alexander elected to run the big powerful son of Kermadec against older maidens over 1200m with Bennett Racing preferred jockey Dwayne Dunn riding.

Drawn widest of all, Dwayne pushed forward early working the colt to the lead, getting him over to the fence, before steadying up the pace. The big striding colt was put into good rhythm relaxing like a horse that had been there before. Coming to the turn he was challenged strongly five a breast but Dwayne waited until straightening shaking the colt up then kicking away. Approaching the line under little riding Dwayne looked after him in the end withstanding a late challenge from the fav to win.

Obliviously apart from winning the race it was great to see the colt so well educated by Archie and his team at Ballarat and showing the signs of a real professional so early in his career. Dwayne was full of praise for the colt saying that he would think he could stretch out a lot further as he matures.

Always a lovely big moving colt he was a 125k purchase from Magic Millions and although showing good tenacity and speed early, his pedigree seems to be coming to the fore. A son of multiple Gr1 winning Teofilo sire Kermadec, Dewhurst is closely related to multiple stakeswinner & Gr1 placed So Si Bon.

As it is always hard to sell horses that have staying/ middle distance pedigree’s it was a wonderful result for all his patient owners to be rewarded so early in his career with so much promise to look forward too. The win also brought up the first winner for Bennett Racing from Archie Alexander and his team. He will now go and have a good 6 weeks spell before heading towards a Autumn Carnival.