TOO EASY FOR DELEGATED 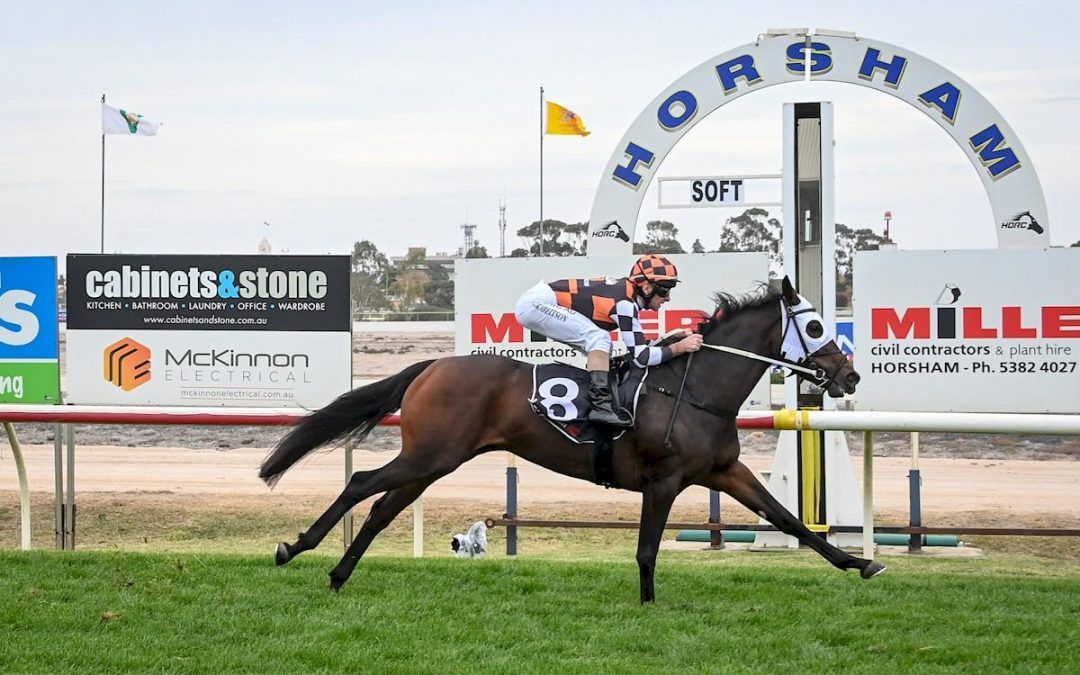 Bennett Racing 4yo staying mare Delegated showed her 1st up run at 1600m 2nd placing  behind a subsequent city winner was a promise of things to come with a dominate 4L win at Horsham. Beautifully ridden by Craig Robinson, who put the mare to sleep on the rails, Delegated had the race at he mercy at the 600m when she charged around the field to take over on straightening, easing near the line.
In what has proved to be a very good training effort by Leon and his Geelong team, Delegated had been given time to mature and develop and may now show her true staying ability.
Congrats to all her patient owners.