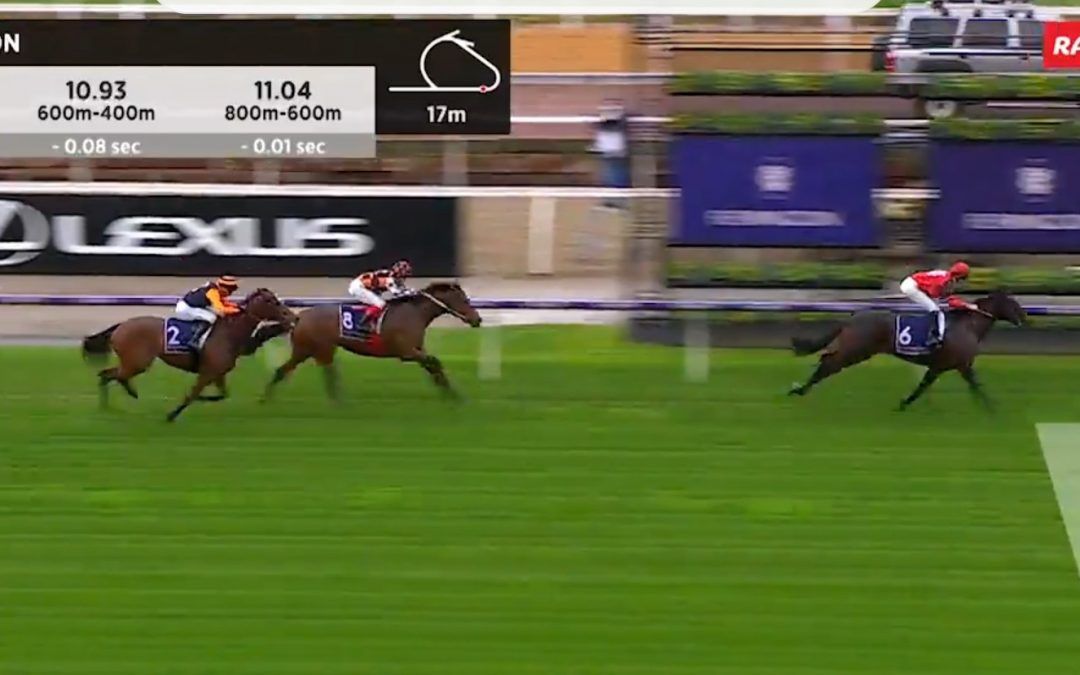 A great days racing at Flemington and a great debut by Bennett Racing
2yo Magnus colt Magnaspin.

Its a hard task for any horse to make their debut at Flemington but
Magnaspin covered himself with glory running a terrific 2nd. The colt
jumped well under Craig Williams and trekked the odds on fav and 1.2mil
colt Doull by a couple of lengths. Racing like a real pro Magnaspin set
about chasing the fav hard to the line for 2nd and in the process
setting the best splits of the race. The colt has always been a great
student for Malua Racing who turned him out looking great for the run.
Craig  Williams was full of praise for the colt predicting a bright
future in time. Troy thrilled with the performance and also thought the
best was yet to come from the Magnus colt saying the colt was never one
earmarked to run as a 2yo but he just always put his hand up and tries
his best.
Magnaspin was a 60k Inglis Premier purchase from the Maluka draft and is
3/4 brother to multiple stakeswinner Magnapal. A big colt although not
heavy Magnaspin fills his frame out well and will certainly be a mcuh
better again at 3.

Later in the day Gr2 Sandown Guineas 2nd Blazerro resumed with a
blistering run to finish 3rd. Resuming after a torrid run in December at
Caulfield Phil Stokes felt from the wide barrier and big weight it may
have been a task for the Pierro gelding. Jumping well for Craig Williams
Blazerro settled near last and looked comfortable. The race was run
indifferently and the early splits slow which may have made it hard for
the backmarkers. On straightening Blazerro was still well back but
started to run on hard under riding and went down by a bare 0.4L to run
3rd. Craig Williams was full of praise for the gelding saying it was a
great return and also he felt he was in for a great prep. Phil Stokes
although not surprised by the run thought the gelding on target to go
through the Silver Bowl series of races.