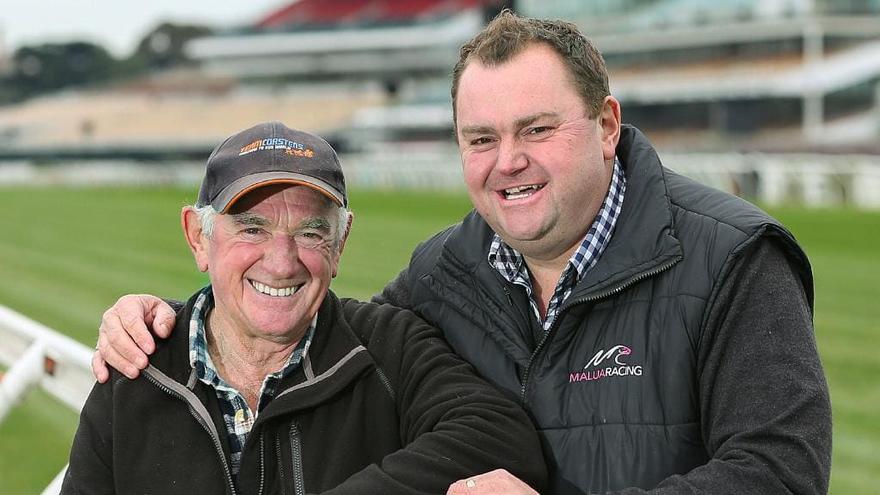 Leon Corstens was approached by the mercurial Bart Cummings to take over the reins as stable foreman, which he accepted and the rest is history. The pair proved a formidable force for 25 years, wining Derby’s, Oaks and numerous Melbourne Cups with such horses as Hyperno, Think Big, Kingston Rule, Shiva’s Revenge, Shaftesbury Avenue and Let’s Elope.

In 1994 Leon decided to part ways with Bart to train in his own right and it wasn’t before long that he tasted group 1 success with Cherontessa, wining the South Australasian Oaks. He has trained a swag of Group winners including Miss Power Bird, Royale Exit, Night Chaser, Lord Luskin, Magic Music, Mr Martini, the triple Group One winner Helenus as well as star mare Commanding Jewel and Derby winner Zabeelionaire.

Leon was also responsible for International sensation Starspangledbanner who he trained to win a Caulfield Guineas and an Oakleigh Plate before he went on to win the Golden Jubilee at Royal Ascot and July Cup at Newmarket in the UK.

He is highly respected amongst his peers and adored by the throng of loyal owners he has accumulated along the way. Now he is finally able to work alongside his son Troy.

Troy began harbouring visions of his own business and in December 2010 he launched Malua Racing, opening up with 24 stables at Flemington. Team Corstens now has 2 Stable Blocks at Flemington and a brand new block on course at Geelong.

Troy’s judgement of horses and extensive knowledge of breeding and lineage is well renowned within the industry. He is a man all the breeders want to see inspecting their horses and all the sales company’s want to see at their sales. In recent years he has identified and purchased some very talented stock. He has a particular standard and the horses that come into the stables at Malua are of nice style with plenty of strength and athleticism about them. Having bought hugely successful horses like Starspangledbanner -3x Group 1 winner, including 1 International win at Royal Ascot in the UK he has continued since the inception of Malua with many Group placed and Group winning horses such as Mosheen, Ms Funovits, Heidelicious, Anatina, and Linton.

Through a lifetime in racing circles, Troy is comfortable around all levels of people and is extraordinarily open and accessible in nature. With a very progressive outlook he is striving to develop Malua Racing as a holistic brand and to reflect this brand’s professional core values to its clients and the racing world.

Leon and Troy Corstens (Team Corsten’s) first major winner was Commanding Jewel in 2014 and first Group One winner was Awesome Rock in the 2016 VRC Mackinnon Stakes.

They have provided Bennett racing with the Gr3 winners The Astrologist, Zou Dancer and stakesplaced Goldifox.