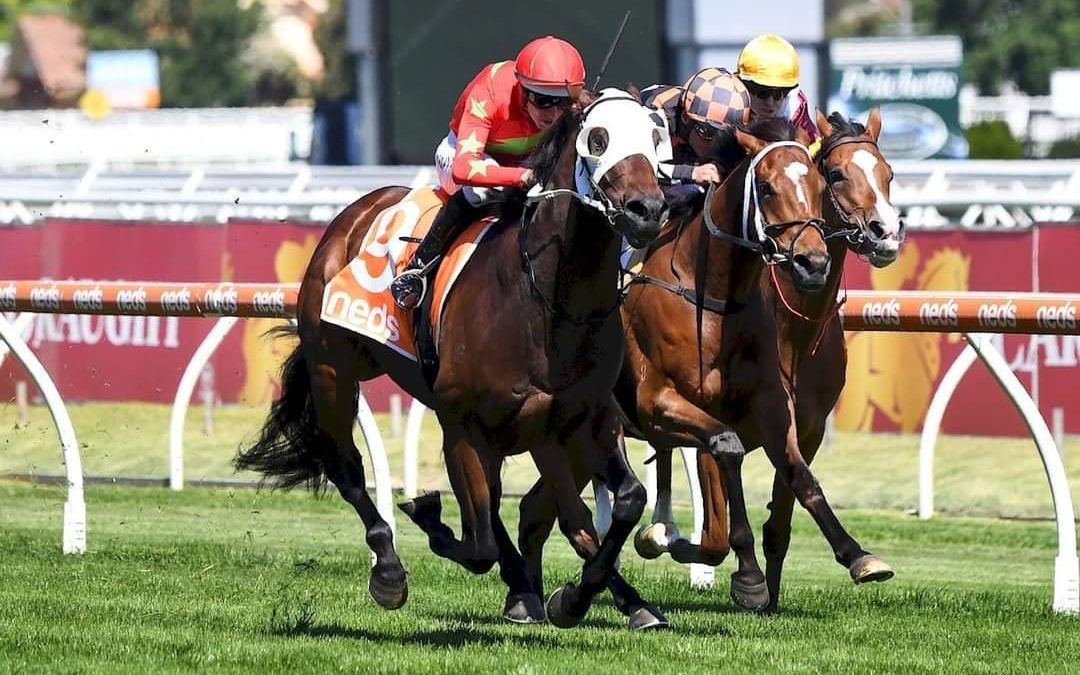 Bennett Racing’s Blazerro ran up to his best with the promise of more to come, after a great effort to run 2nd in the Gr2 Sandown Guineas on Saturday.
The 3yo Pierro gelding having just start 6 for trainer Phillip Stokes had been set for a tilt at the race after his maiden win back in July as a 2yo. After two good placings incl 3rd at Sandown last start Blazerro was making his 3rd start this time in and after refusing to settle Damian Oliver set him alight to sit outside the fav. Turning for home Blazerro fought off the filly only to be collared near the line for a 1/2 len defeat.
A great ride by Oliver and a great training effort by Phillip Stokes to nearly pull off a plan made back in July.
A 120k Magic Million purchase from the Newgate Farm draft the son of champion Pierro is out of a Snitzel mare from a Carnegie mare from a Shirley’s Heights mare. So there is plenty to suggest he may get over more ground with Carnegie winning an Arc and Shirley’s Heights winning an English Derby.
Interesting too is that Blazerro becomes the 2nd stakes horse purchased  from Newgate Farm.