GR1 NEWMARKET 2ND TO THE ASTROLOGIST 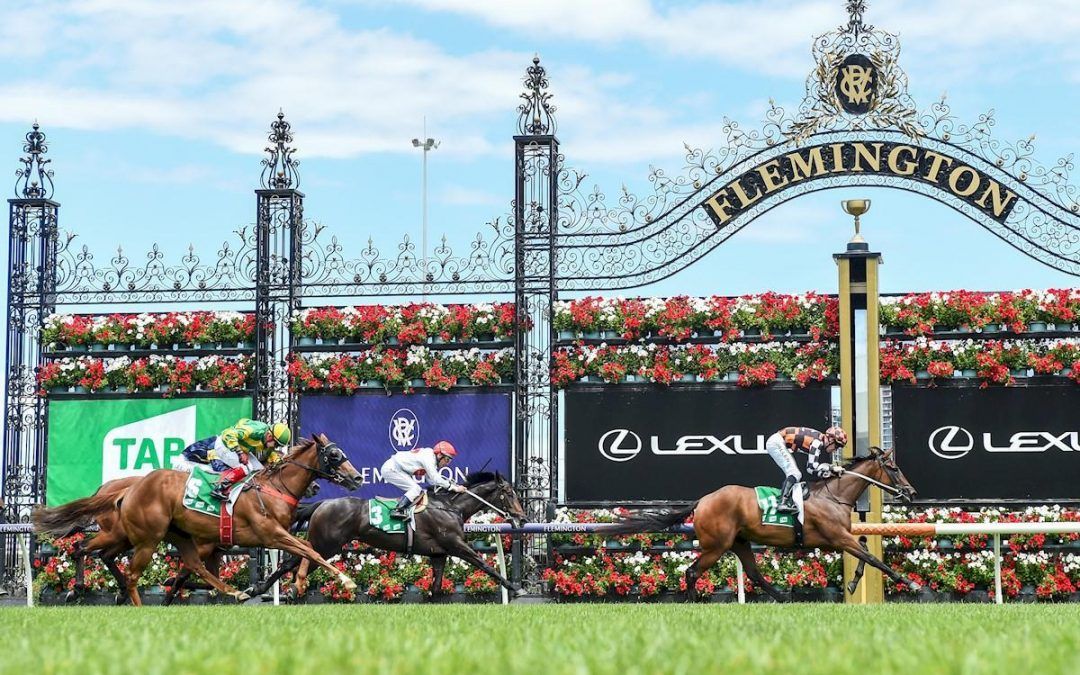 A brilliant run saw The Astrologist power his way to great 2nd in the Gr1 Newmarket at Flemington on Saturday. There are many words to describe him strong, tough, honest and big but a fantastic horse The Astrologist is and he smashed through the Million dollar mark in prizemoney after he came, saw and very nearly conquered the Gr1 Newmarket. Jumping away well for new jockey Fred Kersley, he bumped slightly soon after but recovered and was in the firing line all the way. Sitting just of the leader but in clear space, the big gelding took over near the 400m mark and battled strongly all the way to the line just getting nabbed so close to home. In blinkers for the first time he did to rally and was strongest on the line again for 2nd beaten 0.4 Len.
It was a great thrill to see him thunder down the straight so strong. Blinkers were suggested by Nathan and they seemed to do the trick. In fact no horse ran a quicker 1st 400m than The Astrologist and finished in the first half of the field! What a great straight course sprinter he is being his 10th run down the straight for 3 wins 2 seconds and 3 thirds. Included in that are a Gr3 Auries Star win, a Listed Sprinters Final win and a couple of Group Placings.
A 150K Magic Millions purchase he is a winner 7 races and 9 placing with earnings of $1,056,365 in prizemoney from 23 starts.
The horse has never looked back since joining Malua Racing so a big thankyou to the Team. Congrats to all owners on a Gr1 second and the great thrill he has taken you all on. Co-incidentally the Gr1 2nd was Bennett Racing’s first Gr1 placing as well.