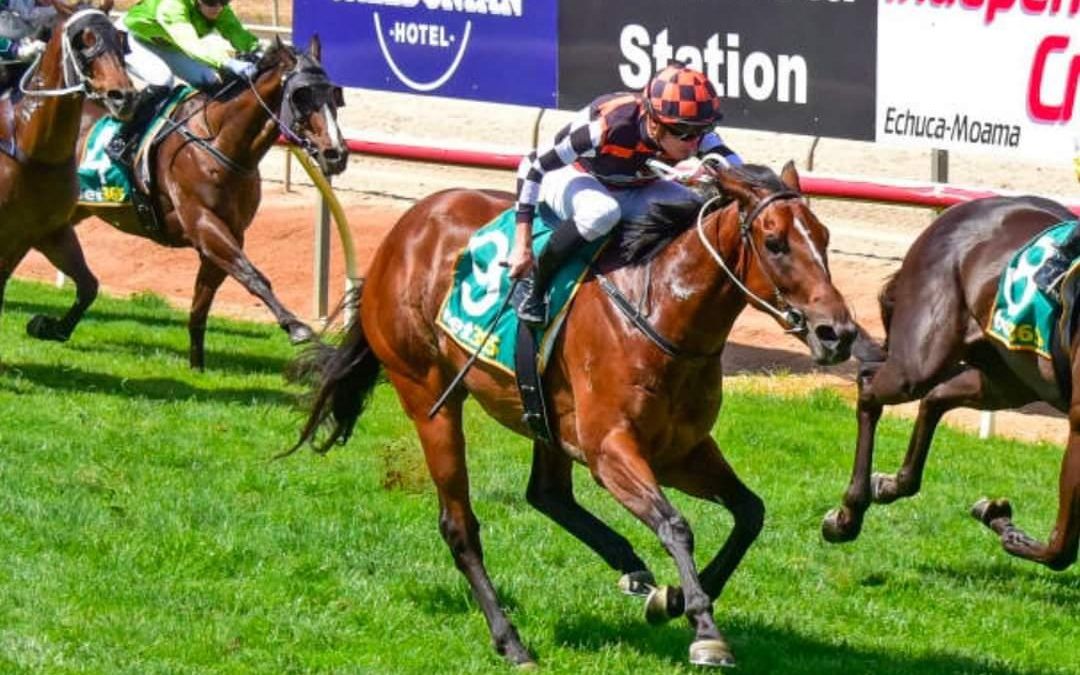 Hot In Paris gave her owners a hit of something more to come with a winning return to racing at Echuca at the end of December. Well ridden by Daniel Stackhouse the now 4yo mare was returning to racing afer a frustrating run of placings during winter. Daniel had the mare just off the pace one out one back, bringing her out to challenge into the straight. Once into full stride she took over the lead near the 100m and held an advantage over the favourite to the finish.

The mare looked to have returned stronger and the step up to 1300m at Sandown for her next assignment not out of her reach. Johnny Allen took over the reins and placed the mare beautifully behind the leaders. Into the long Sandown straight and under lock and key til the 200m, Joh burst the mare through a gap to go down very narrowly by a head. Winner Need New Friends came out at her next start at Caulfield to go down narrowly franking the form.

Unfortunately a planned trip to Tasmania in the Gr3 Bow Mistress had to aborted for Hot In Paris as the mare spiked a temp late in the week she was to travel over.

Hot In Paris looks to be in for a good prep this time in and may again get a chance at stakes level.