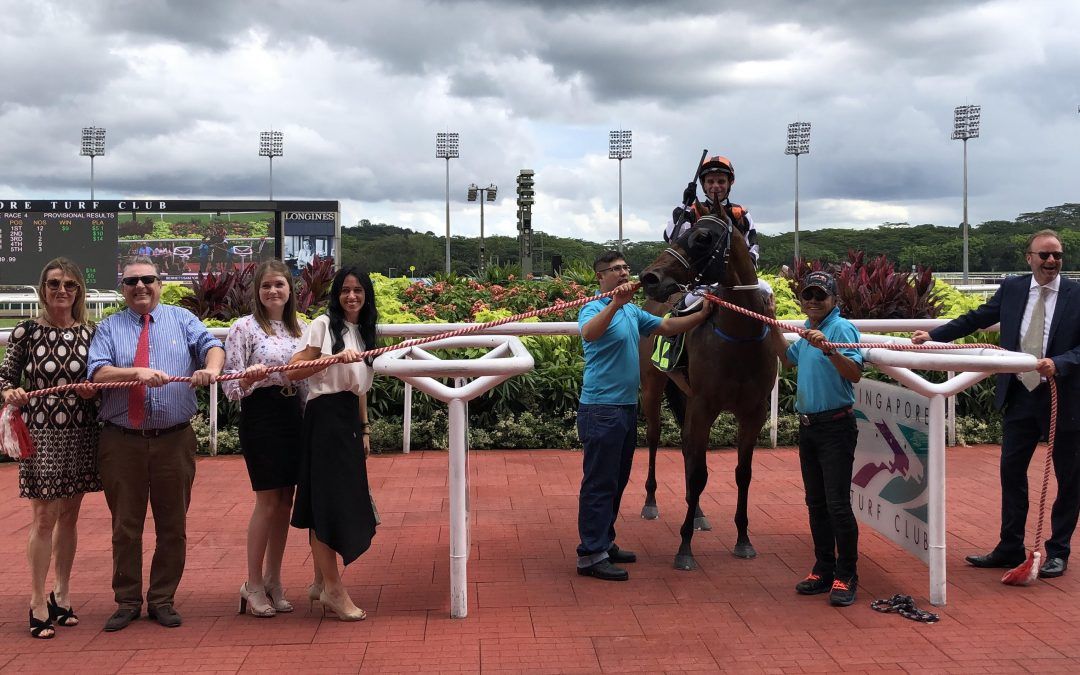 What a fantastic win by Animal Kingdom 3yo IRVING LIPSCHITZ, who under a heady ride from Craig Grylls, becomes Bennett Racing’s FIRST International Winner…and what a win it was.

Sent out at $1.95 favourite on the back of a terrific debut 2nd, Irving faced a task from a wide barrier and a short run to the turn. Hall of Fame Trainer Lee Freedman, instructed Grylls to go forward and after breaking well, Irving was on the fence and leading leaving the straight. Irving Lipschitz travelled well at a good pace in front before being challenged, and headed, turning for home.
The heat went on and Irving, jumping from 1200m to 1600m was asked the question by Grylls. His response was both immediate and devastating. Irving’s courage was turned to brilliance as he simply ran away from the field with the race caller commenting ‘he’s got stamina alright…Irving Lipschitz too good’.
Congratulations to to all Owners, Trainer Lee Freedman and Jockey Craig Grylls. A lot to look forward to with this very progressive young horse, who was purchased by Bennett Racing at the 2017 Magic Millions Ready to Run Sale for just $23K. Smart Nicconi 3yo Filly FLYING INFERNO, was also purchased at this Sale. Ironically, both Flying Inferno and Irving Lipschitz won at just their 2nd Start continuing the great success Bennett Racing has had with Ready to Run Horses. From just 4 purchases, we have Winners ONEHUNDRED PERCENT, FLYING INFERNO and now IRVING LIPSCHITZ. The other R2R horse is promising 3yo ABSOLUT ARTIE.