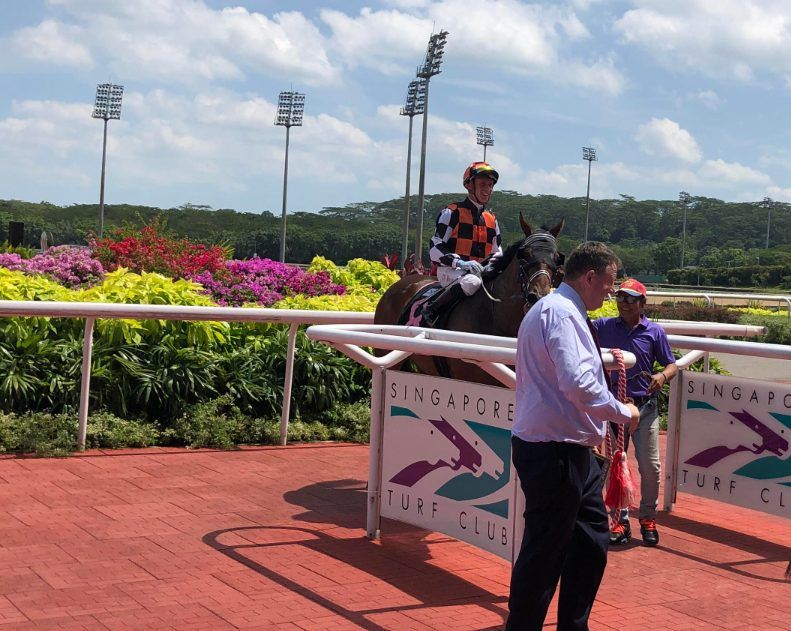 Smart 3yo Animal Kingdom Gelding IRVING LIPSCHITZ, returned to racing in fine style when dead heating for 1st at Kranji Race Course in Singapore. Racing after a 2 month layoff, Irving showed tremendous fight to share the spoils in the $50K Class 4 event.

Trainer Lee Freedman had been having a few little issues with Irving which had delayed his return. The Hall of Fame Trainer felt he had rectified the issue and Irving was ready to go. Lee had warned that the 1400m was short of his preferred distance but thought he would be very competitive…and competitive he was! After jumping well, jockey Daniel Moor was pressured in front by a roughie and raced in front but off the fence. On turning for home, he was challenged left, right and centre and was clearly headed inside the last 200m. It looked as if the early effort would take it’s toll, but Irving had other ideas and this tough 3yo really fought it out to the line snatching the Dead Heat in a gutsy effort. What a fighter this boy is…all heart and determination to win.

Congratualtions to all the connections on the win. He is now 3 Starts for 2 Wins and a 2nd and Lee Freedman will now map out a program headed towards the big Singapore 3yo races. 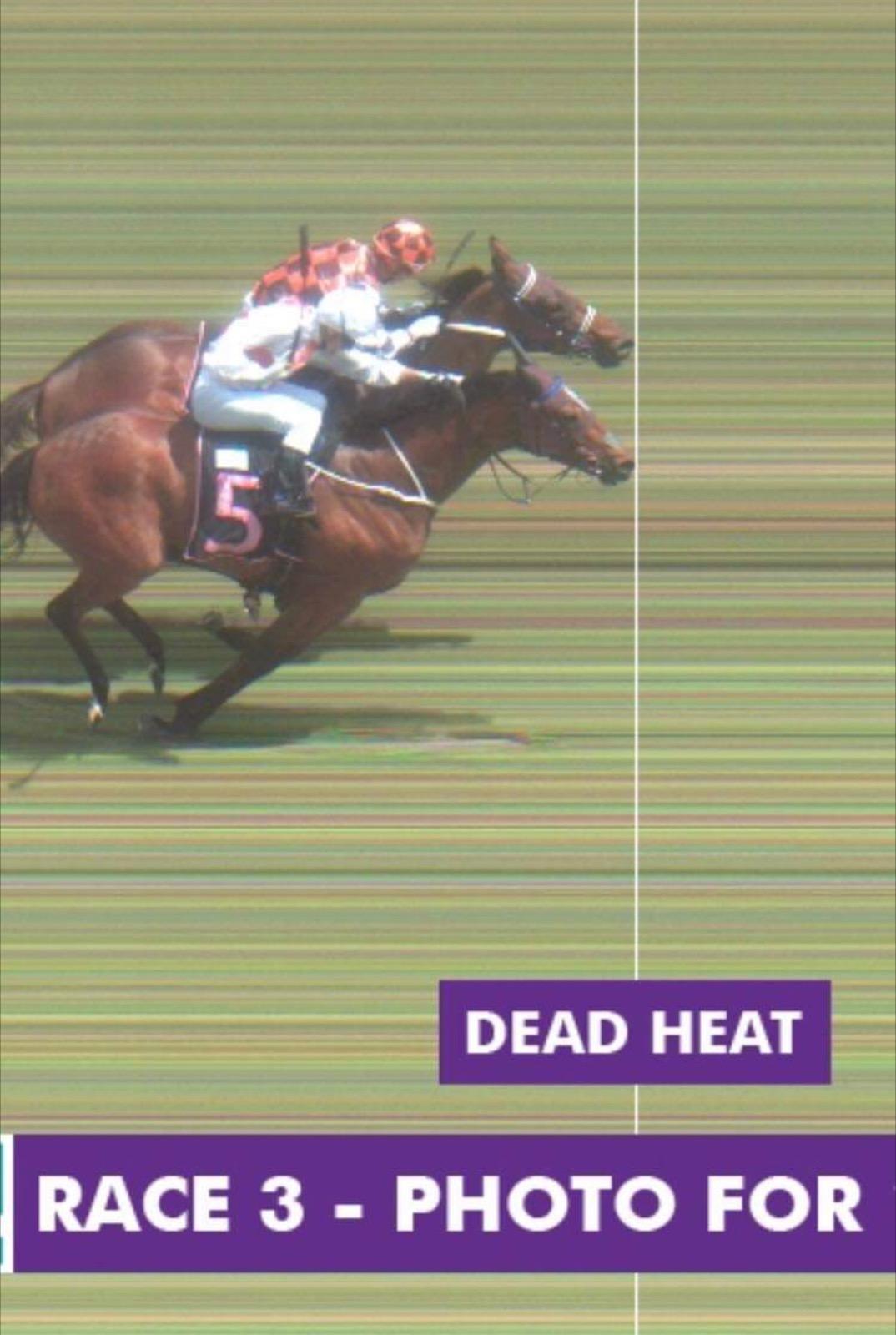