KALKARNI ROYALE LASHES THEM ON DEBUT 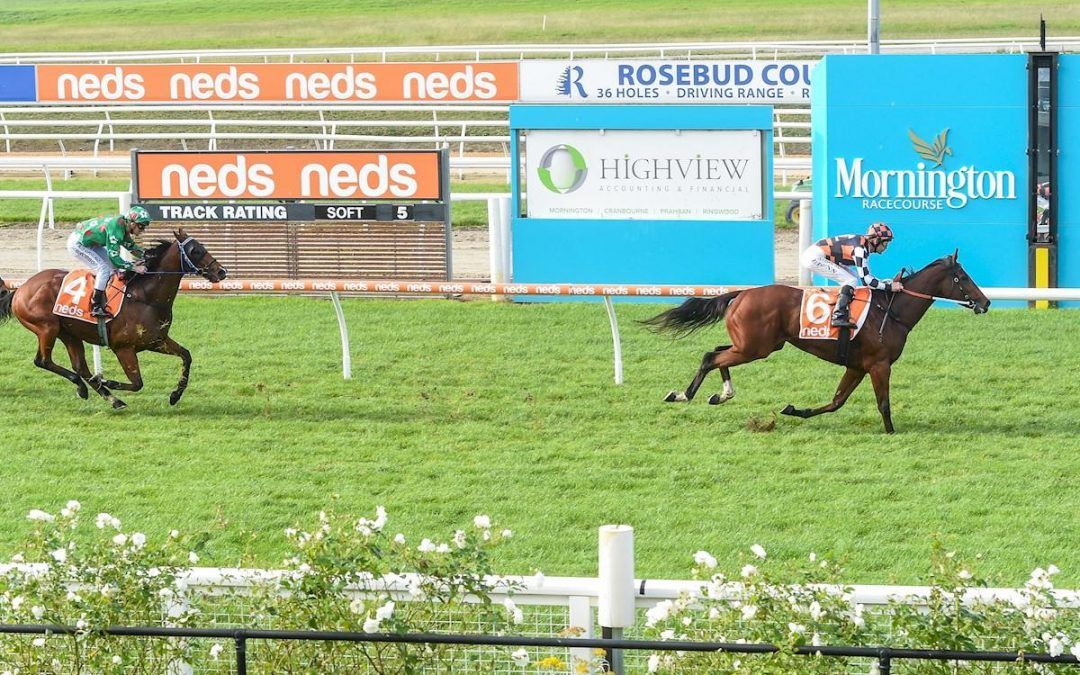 Our 3yo Filly KALKARNI ROYALE, a graduate at the 2017 Inglis Great Southern Weanling Sale, was sent to Mornington on debut and she did not let her patient owners down.

Coming off an impressive jumpout saw her sent out as fav and although she was a little slow out of the gates, Dwyane Dunn mustered her up to sit outside the leader. Approaching the turn for home you could see that our girl was going to be mighty hard to beat and as  Dwayne gave her a push, she responded and put the race to bed very quickly. The daughter of Nicconi looks to have a bright future ahead of her.
In what was his first runner for Bennett Racing it was a great training performance by Kevin Corstens utilising his beach training methods to get the filly to the post first on debut .