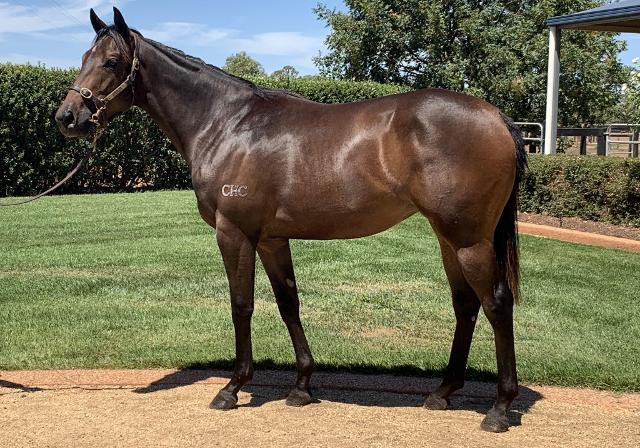 The first two runners for Golden Slipper winner Vancouver both earned Black type on debut with terrific performances at Randwick on Saturday in the first Australian juvenile stakes races of the season.

Trained by Richard and Michael Freedman, talented filly Ticket to Ride (2f Vancouver x Abbey Road, by Street Cry) was allowed to settle and find her feet early, but hit the line hard to surge home and grab third behind Choisir filly Every Rose in the Group III ATC Gimcrack Stakes. A home bred for Fairway Thoroughbreds, who also bred and sold her sire Vancouver, Ticket to Ride was beaten a length and a half on the line and will take plenty of benefit from the experience. She is from talented Street Cry mare Abbey Road, a daughter of champion 3YO Filly Private Steer.

Stepping out for the first time in the Group III ATC Breeders Plate for the colts and geldings was the Gai Waterhouse and Adrian Bott trained colt Postcode (2c Vancouver x Never Forget, by Westerner).He enjoyed a good run in transit from barrier one, but was held up for a run at the top of the straight until a narrow gap appeared on the fence.

Postcode charged to the line when he found clear running to be beaten a length behind Global Quest in an eye catching effort. A $240,000 Magic Millions purchase for his trainers from the Glenlogan Park draft, Postcode is from French Group II winner Never Forget, who won up to 2400 metres and comes from a stout staying family, so Postcode’s speed has to be all Vancouver!

BENNETT RACING has a lovely, strong 2yo Filly by Vancouver who has just completed her 1st prep. She has a wonderful pedigree being by a Champion 2yo from a Gr2 Winning and Gr1 Placed Mare…and there are still SHARES AVAILABLE…
Ring Nathan: 0418 483 046