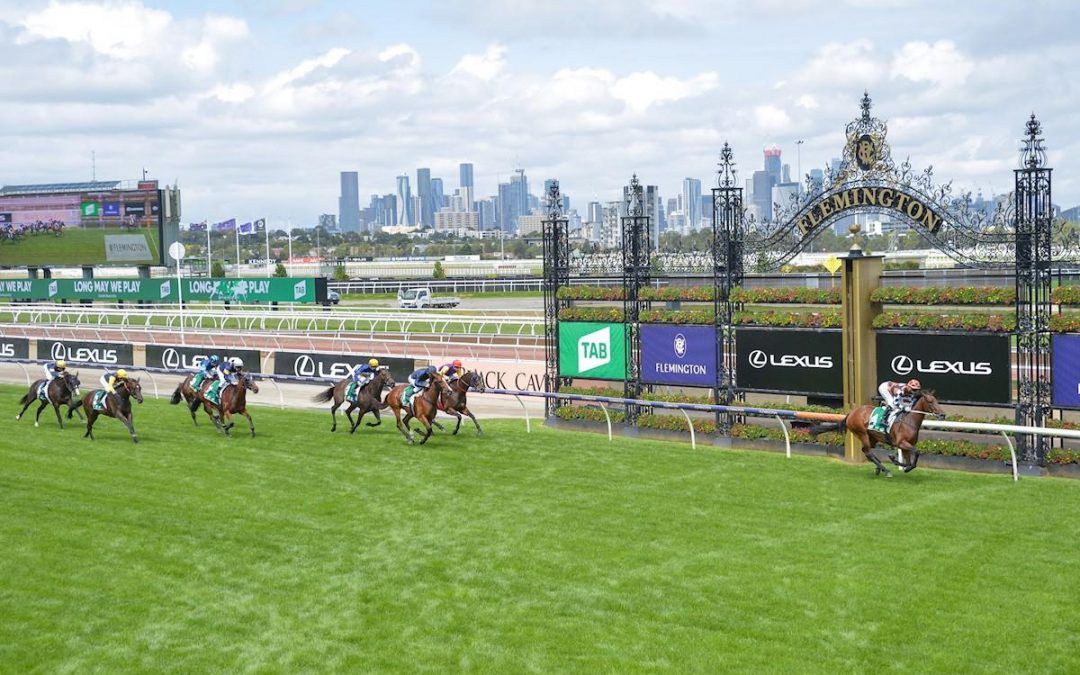 It’s a 3hr trip from Dunkeld to Flemington but after Zou Dancers emphatic win yesterday in the Gr3 Vanity Stks it could be as close as just down the road. First time at stakes level, new jockey on board and a firm favourite since markets were framed made no difference to this big daughter of Zoustar as she took over turning for home with Jamie Kah seemingly having a lap full of horse. Well its wasn’t seemingly, SHE DID!. Near the tower Jamie simply gave her a little more rein, a slap with the reins and it was all over leaving Oaks winners and placegetters in her wake.
We all know the story behind this filly, her many owners had ridden a roller coaster ride with. Starting a short priced fav on debut and stopping rather quickly at the 200m to drop out noticeably. But with the support of her owners the filly was transferred to Leon & Troy Corstens in effort to settle her down and teach her to race more tractably.
And what a transformation it has been. The filly had arrived from previous trainers a bit of a barrier rogue, a bit of a stress head and unable to settle in her work. After a while, Leon with the help of Lachie King , the filly did in fact begin to settle. Lachie certainly deserves credit with this filly as he traveled down to Geelong to ride her. Now the filly has settled down nicely for her regular track rider Niall Phillips, who has also put a lot of work into her. Wasn’t smooth sailing though either with the filly being unable to load at her 1st start for Leon at Moe. So Leon applied the blindfold for raceday and that has now negated her loading issues. Having to barrier trial during that week, then making the long journey, again in that week, to Dunkeld. Yes she was good that day winning well but her next run at Moonee Valley probably showed the signs she had turned the corner. Slow away, trapped wide, she just kept coming under Craig Williams.
Taken to Flemington a couple of weeks later with new jock Johnny Allen the filly showed what she was made off, with a great easy win over 1400m.
One of the main reasons Bennett Racing horses are with Team Corstens with no disrespect to Troy, is Leon’s ability to read a horse and read it well. Leon tipped the filly out for a freshen with the suggested Vanity Stks now firmly in his sights. Being able to talk, discuss and put forward ideas for horses programing with Nathan is certainly working well and now encouraged by Team Corstens.
A soft jumpout last week at Geelong saw the filly ready for her assignment yesterday and rest is history.
Huge thanks to Leon and Troy and their teams and congratulations to all owners in Zou Dancer you now have a very valuable filly on your hands and the sky may just be the limit.

Come Join Bennett Racing in our next Racehorse Syndicate