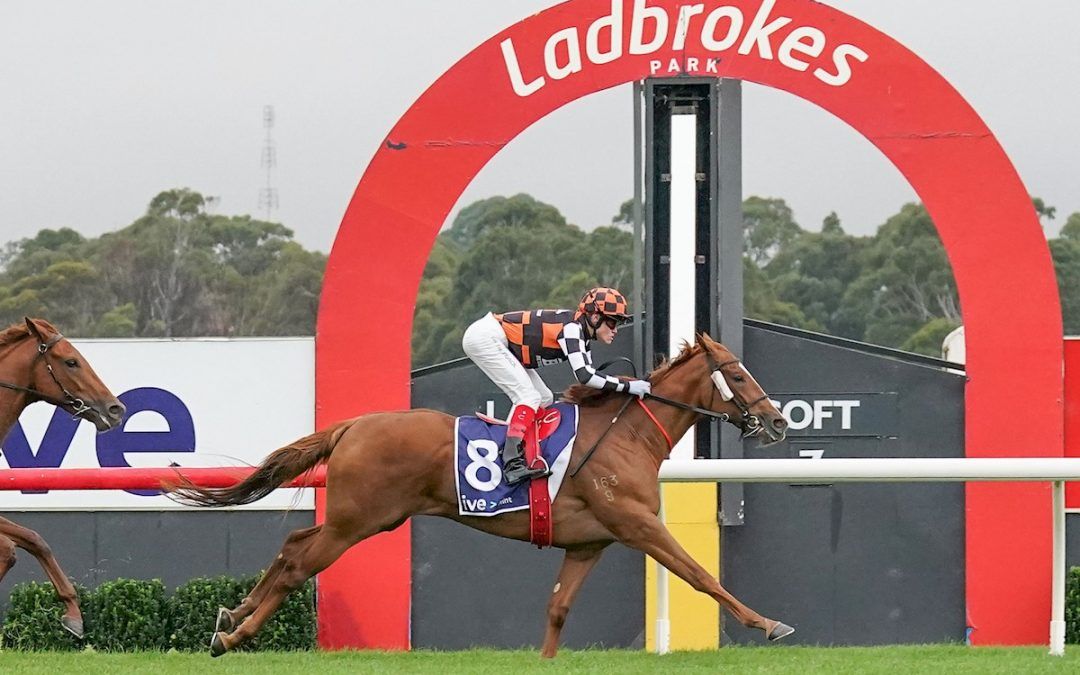 A great ride by Craig Williams saw 2yo Street Boss filly Street Delight prove she had the strongest form winning easily at Sandown. The filly having her 3rd run, was a last start strong closer behind future Listed winner Cannonball at Geelong. Craig said after that race she was looking for further and wanted to stick with her for the next run. At Sandown she showed speed and strength, sitting outside the leader then powering towards the line in the run home eventually winning by 1.5L.
In what was a great strong effort, not only did the filly break her maiden but she did at metropolitan level with prizemoney and bonuses earning her owners over 50k for the win. She will be aimed at the SAJC Sires Produce Stks in May, a race our own She Shao Fly won also as a 2yo.
Street Delight is a daughter of Darley’s very good sire Street Boss sire of this years very smart horses Anamoe and Pinstriped. She was a 100k Magic Millions Adelaide purchase from the Edinburgh Park’s draft which vendor Ian Smith retained a share.
We also purchased the very lovely Pierro x Fill The Page from Ian’s Melbourne Premier Draft this year.

Congratulations to all owners in this exciting filly.
Join Bennett Racing in your next horse racing syndication.