BLAZERRO LIGHTS UP THE TURF 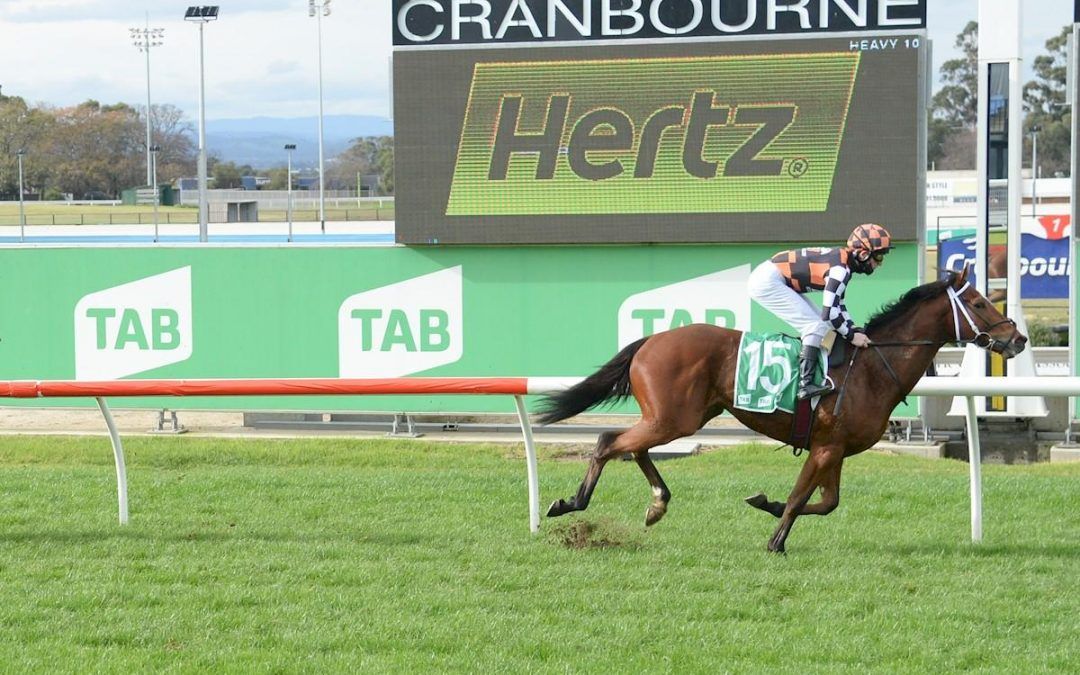 Pierro 2yo Blazerro booked himself some spring carnival targets after his dominate win last Thursday at Cranbourne. The gelding has been taken along slowly by Phillip Stokes and after two unlucky runs he certainly showed his potential beating the older horses comprehensively. Jockey Michael Poy took bad luck out of the equation sending the gelding to the front and after kicking away on the turn he eased him down for a 2 1/2 Len win.
The victory brought up Bennett Racing’s 1st win with Phillip Stokes and his team at Pakenham, who was full of praise with the 2yo’s win. Phillip has always held a very high opinion of the son of Pierro and felt that gelding him earlier rather than later would be the making of him. Phillip feels that the Gr2 Sandown Guineas at the end of the carnival may be a realistic goal for him although he hasn’t ruled out a Gr1 Caulfield Guineas campaign either. Blazerro is currently enjoying a week or so of paddock time at Phillip’s property.
Interesting Blazerro is the first of our 2020 Magic Millions Yearlings to get to the track and was another successful purchase out of Newgate Farm’s draft whom we purchased Zou Dancer from the previous year. The gelding is bred on the very successful Pierro / Redoutes Choice cross.
Congratulations to all owners who have been patient with this fellow and a huge thank you to Phillip Stokes and his team.