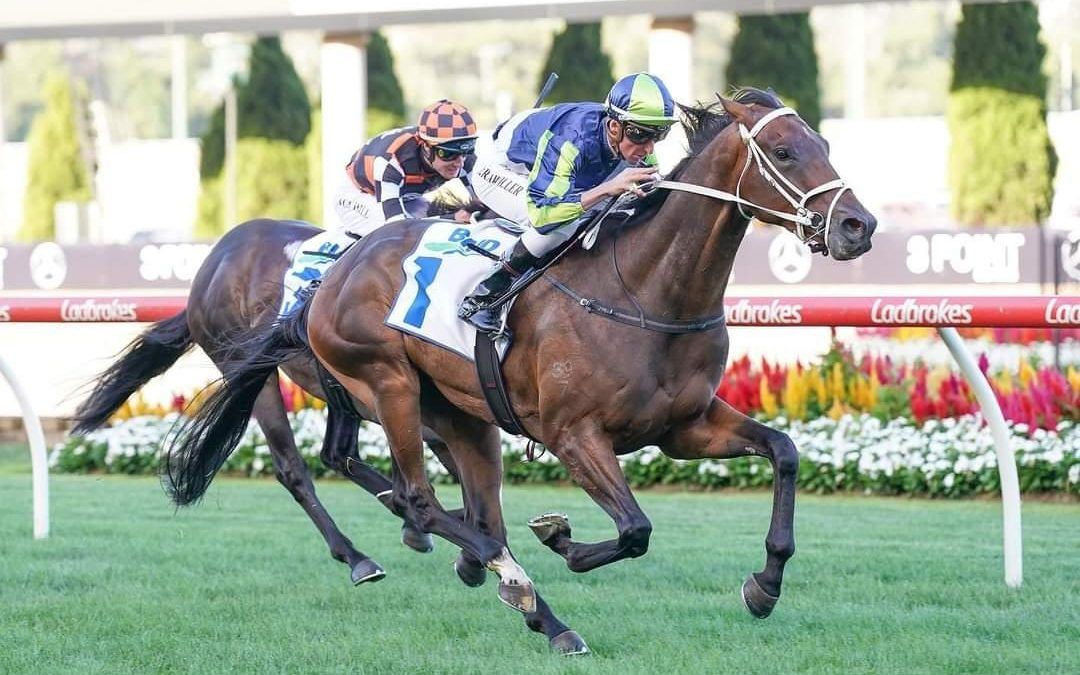 Dayan Star pictured above in the Bennett Racing colors running 2nd at the Valley on Friday night.

Dayan Star showed that he may appreciate more distance with a good front running effort for 2nd at The Valley on Friday night. The Zoustar colt having his 4th start and first since jarring up badly at Sandown was slow away but mustered quickly under Jack Hill to take the lead before the first turn. Well rated infront by Jack, Dayan Star rolled along and had his older rivals off the bit coming to the turn for home. Although ran down late the colt showed great fight to hold on for 2nd and Jack felt the effort early may have just took the edge off.
The colt will look to run at Moonee Valley in a couple of weeks over 2000m in a Gr2 race.