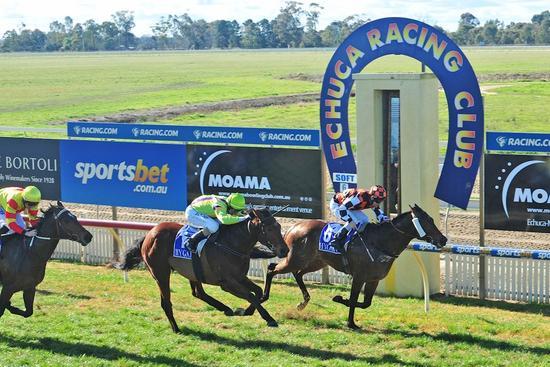 Bennett Racing had their FIRST ever runner today with Onehundred Percent winning on debut at Echuca in the Murphy’s Turf & Landscaping 2YO Handicap 1109m. After doing early work to gain a forward position, Onehundred Percent raced up on the pace outside the leader and kicked on strongly to win the 1109 metre contest by .4L. The time for the 1109m was quicker than the BM64 race later in the day.

It was a super training performance from our Group 1 winning trainer in Henry Dwyer, who has educated this 2 year old son of Hinchinbrook perfectly in his Jump outs.

We must also mention the nice ride from Ryan Maloney who said ‘the horse has a really good feel and lets hope we have more wins to come’.