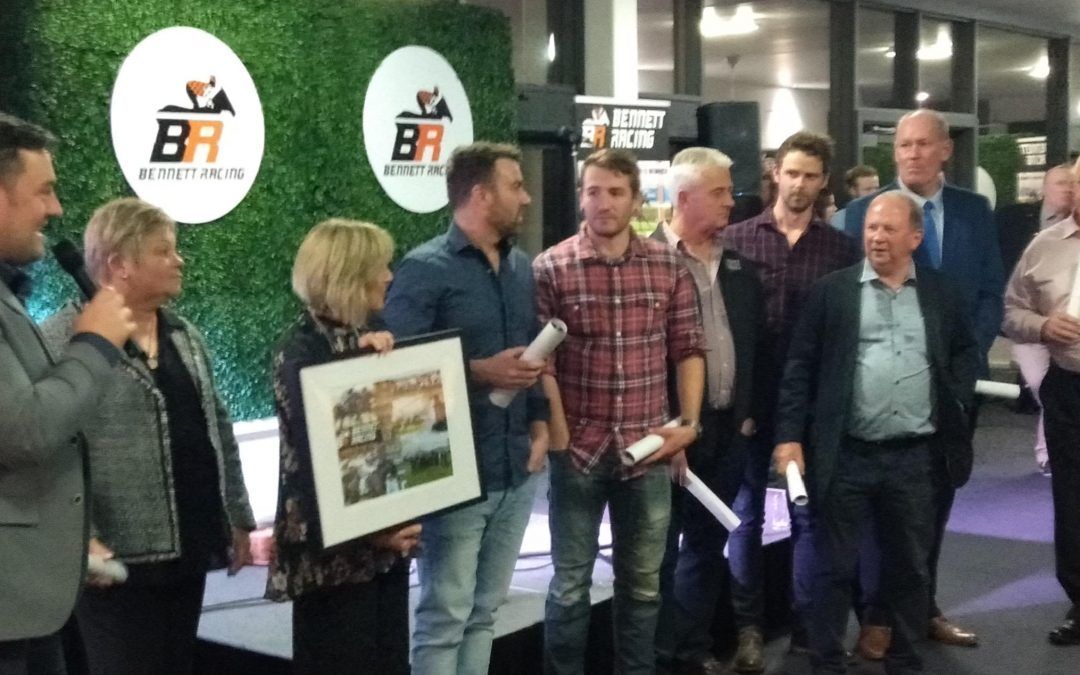 Our 1st Bennett Racing End of Season Event was held at the Geelong Racing Club on July 26th. It featured the Horse of the Year Awards, Live Music and Trainers Chat along with a Fantastic Video Presentation of the Season’s Highlights. Over 100 people made their way down to Geelong for the event. Huge thanks to all who attended and made this such a memorable night.
Special thanks to Trainers; Troy Corstens, Archie Alexander and Sam Freedman along with Matt Tillett (representing Tony McEvoy) who gave up their time to come along. They spoke to the crowd as well as mingled with Owners keen to talk about their horses.

HORSE OF THE YEAR was won by SHE SHAO FLY and a framed collage of her was presented to Pam & Bruce Walkington, 2 of her lucky Owners who were drawn out as the Winners of the Prize. 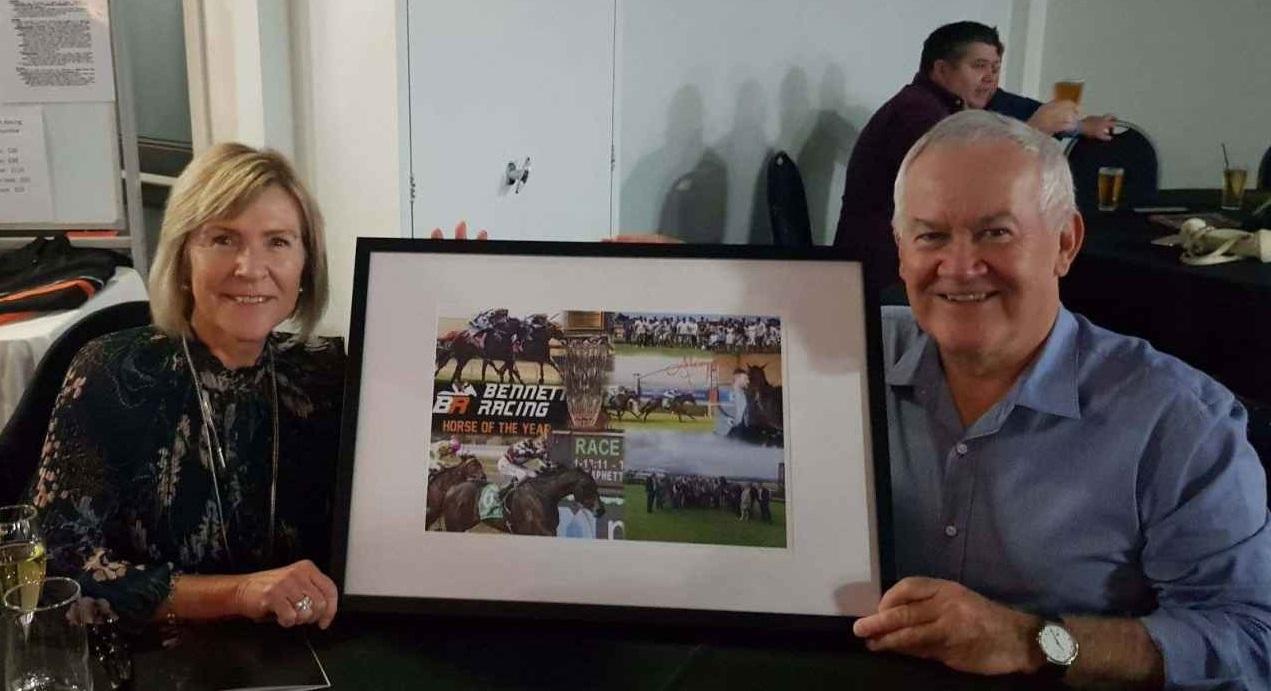 MOST POPULAR HORSE went to THE ASTROLOGIST. Mick Baker was the lucky Owner who was the Winner of the framed collage of him.

MOST WINNING HORSE was awarded to IRVING LIPSCHITZ and Justin Bliss received a framed photo of ‘Irv’ as the lucky Owner in attendance. 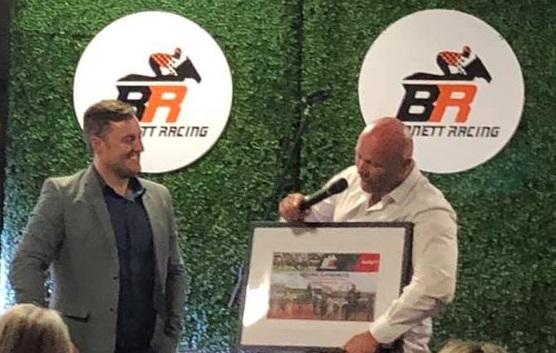 Along with the Horse Awards, we held a Raffle with all money raised going to the Live Life Foundation. Thanks to Geelong Race Club, Antler and Rip Curl for their generous donation of prizes. Over $1800 was raised for this very special cause.
Jade, Daniel and all the team at Geelong RC were outstanding in the planning and success of the night…thanks.

Next big event will be the Family Day in October…