KALKARNI ROYALE TO FAST FOR RIVALS 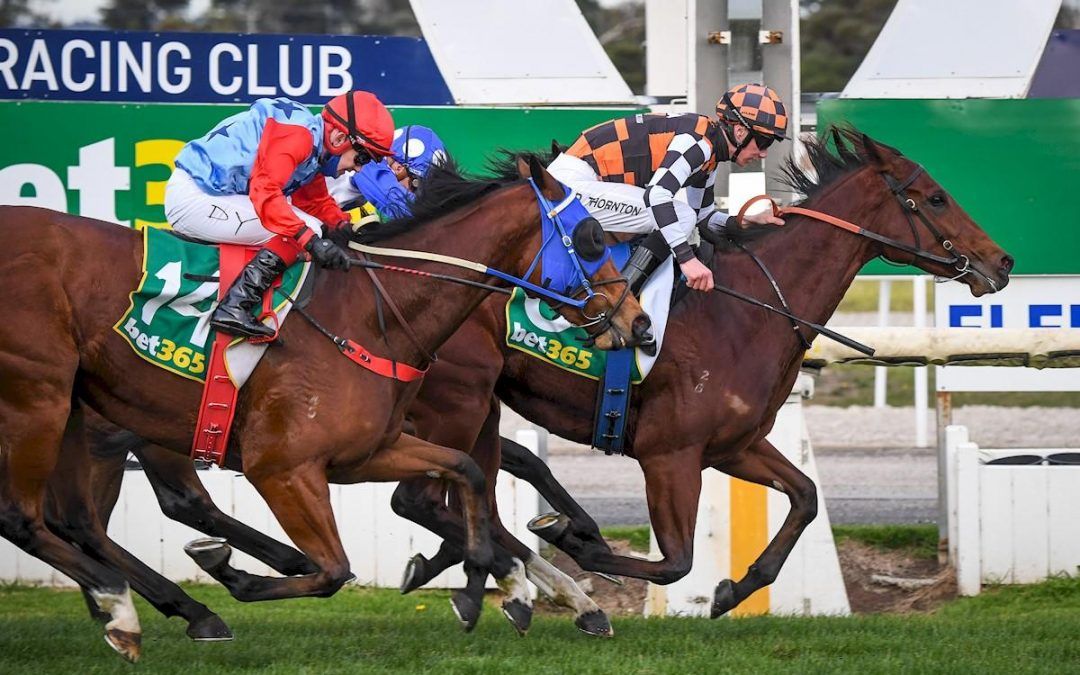 Fantastic on speed win by Kalkarni Royale last Sunday at Geelong. The mare was coming off a good 2nd at Warnambool at her last start a couple of weeks ago but had been thwarted by drier tracks ever since. Kevin has been very reluctant to race her on good tracks after her average run at Sandown 1st up. Its no secret that she has knee issues and has to be managed carefully and the decision has been made to run only on effected tracks.
Always quick out of the barriers again she jumped a length clear and although pressured throughout the race she seemed in control on the turn for home. In what was a superb ride Damian Thornton kick her away with a killer punch on straightening and she proved hardest to catch winning well carrying the 60kg well.
Already a metro winner, the win was her 4th in 13 starts with 3 x 2nds and took her earning just over the 213k mark.
A weanling purchase at the Inglis Great Southern Sale she certainly has given her connections a great ride.
Congratulations to all owners and to Kevin Corstens and his team for presenting her in great winning order on the day.