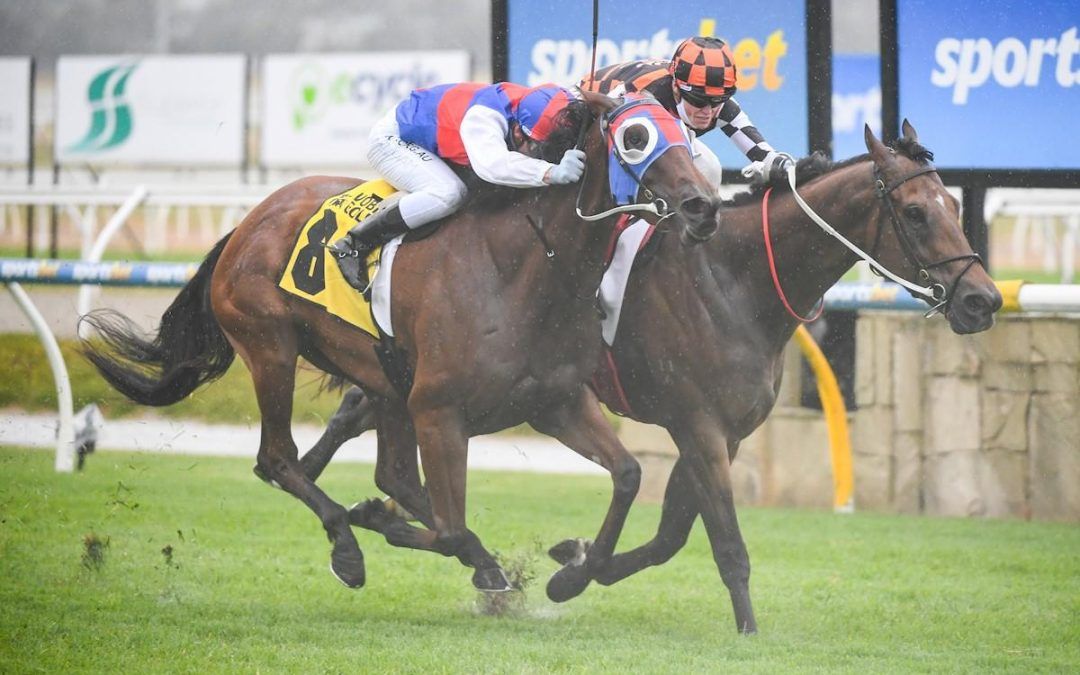 Emerging sprinter The Astrologist shook off some recent narrow defeats to inflict one of his own over Wild Vixen to win the $150,000 VOBIS Gold Bullion (1400m) at Pakenham on Saturday.

To the delight of favourite punters, The Astrologist made amends for close loses at Ballarat and Flemington when he toughed it out and found a way to nose out Wild Vixen and record his first win a 1400 metres.

The Astrologist ($2.45 favourite) shook off early pace maker Iconoclasm and after a battle, had a short half head margin over Wild Vixen ($8) with Galaxy Raider ($8) a length and three quarters away in third place.

Craig Williams was full of praise for the winner, who is prepared by Leon and Troy Corstens.

“His still a baby and doesn’t really know what its all about but he never gives in, a trip away could really bring this boy on and the future is exciting for the gelding by Zoustar”

The Astrologist is now four runs into a campaign that leads him to the Gold Coast for the Magic Millions raceday in January.

Bennett Racing will be forming new horse syndicates at the Magic Millions on the Gold Coast in January.