APACHE STAR WHAT A LEGEND 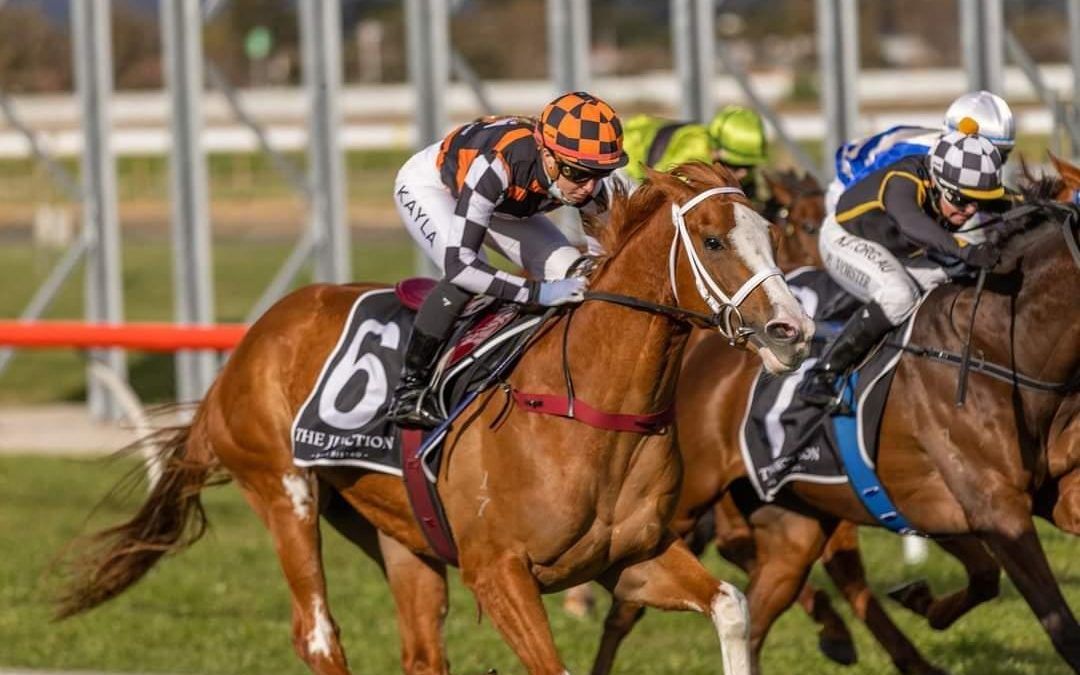 What a Legend. Apache Star makes it two in a row with a dominate win at Morphettville on Saturday. The gelding having his 4th run for Tommy Stokes – Stokes Racing never looked in doubt. Taken to the front by Kayla on jumping Apache rolled along at a good pace. He looked keen and wanted to run harder but Kayla kept him under control setting a good clip. On the turn for home he had most of the field off the bit then when he gave a good kick, he just kept going and went on to win well. It really was a well-judged ride by Kayla and a special thanks to Tommy who identified the race for him not long after breaking his maiden. Stretching out to 1550m for the first time, Apache may be taking more from his damsire being by Galileo – World Champion sire. Let’s not forget that his 1/2 sister is a winner over 3200m.

But it hasn’t been all plain sailing just the same for Apache either. When turned over to Phillip the gelding was quite nervy and hard to catch. Phillip, with the help from wife Ayumi, kept him in a paddock close to the house at their property. Working with the gelding trying to get his trust as each day went by Apache eventually came around and became a real favourite with Phil. Sent to Francesca and Courtney Christie’s CRC Equine for re-education, he took time to settle in and was difficult. Apache was running on nerves and after long quite sessions he turned the corner and soon became a favourite. Francesca relayed the struggles they all had with him but was certain he would turn the corner. Phillip suggested that the more relaxed lifestyle and racing scene would suit Apache, so he was then sent over to Phillip’s son Tommy to train at Morphettville.

The rest is history really, after a couple of unlucky runs, he hit the board at Murray Bridge and has now backed that up winning at Morphettville.

A 67.5k Magic Millions Adelaide purchase, Apache Star was from the same Sale, he cost the same and bred by the same breeders as our Gr3 winning She Shao Fly!

Being by Star Witness we assumed that he would be a sprinter and being such a flashy looker, we knew the ladies would love him.

Apache Star becomes the 9th individual Metropolitan winner for Bennett Racing, something we are proud of considering we have had only 25 runners.

Congratulations to all Apache’s patient owners and special thanks to Tommy Stokes and Kayla Crowther for all the hard work they have put into Apache Star since his arrival in South Australia.