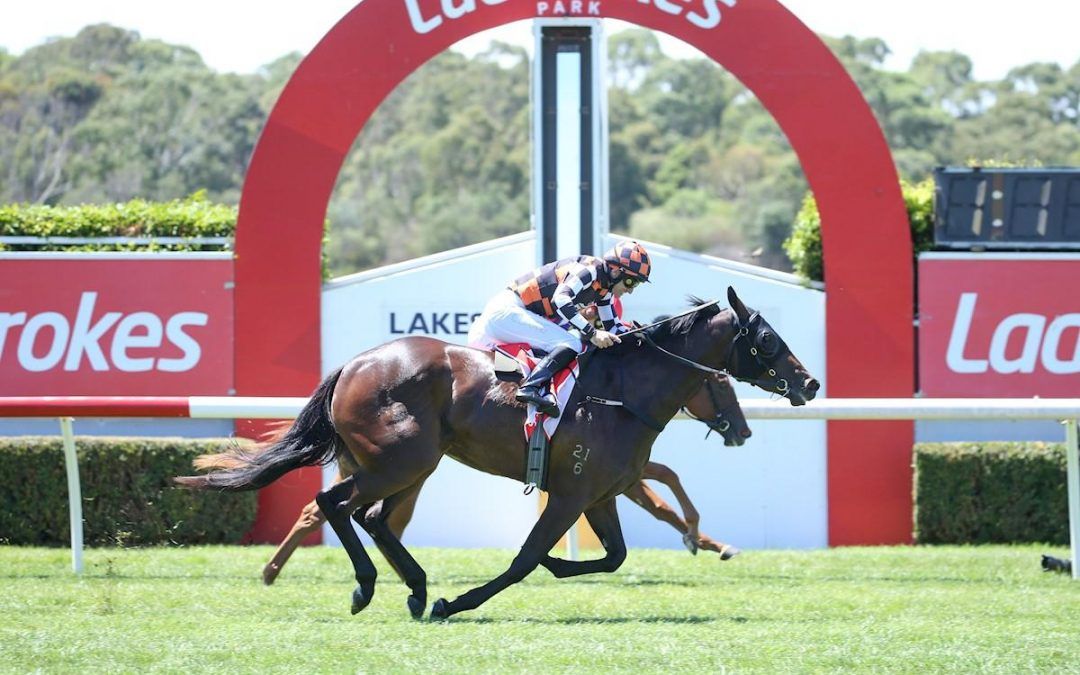 Exciting debut by SHE SHAO FLY in stunning Sandown victory.

What a barnstorming performance by quality Epaulette 2yo Filly She Shao Fly on debut at Sandown. On the back of a very nice trial win at Werribee, Bennett Racing’s quality filly She Shao Fly lined up at Sandown in a 2yo Fillies No Metro Win Race over 1200m. There was some very good form in the field of 8 along with some promising triallers making their debut.

Blinkers had been applied to She Shao Fly prior to her Werribee trial and she certainly looked the part heading to Sandown. A little slowly away, jockey Luke Currie didn’t panic and allowed her to find her feet near the rear. He got her into the 3 wide line with cover and she travelled sweetly coming to the turn. Luke had plenty underneath him as he set her alight on straightening and set out after the leader and favourite Lady Naturaliste. The leader was being hailed the winner at the 200m but She Shao Fly was still coming and her last charge for the line was breathtaking. Overcoming a seemingly insurmountable lead, she really did fly and to the roars of her adoring owners, she charged up to and past the favourite to record a very stylish win.

This was a win of considerable merit. On a track that had favoured on pacers recently, her gutsy performance was a pointer for things to come. Trainer Tony McEvoy had prepared her and placed her beautifully to record the first win for Bennett Racing under the guidance of the master trainer. As always with the McEvoy horses, she was turned out in magnificent order and her appearance was a credit to Tony and his team.

Another fabulous result for Bennett Racing at a bargain price. Purchased out of the Adelaide Magic Millions Sale, the daughter of Epaulette X Shao Shao cost just $67.5K, which was great buying as she is a half sister to 2 x Gr1 place getter Samurai Blade. Now a Metro winner in her own right, her future looks rosy.

Great hunting by Nathan Bennett and Phil Wells to find this filly and direct Tony McEvoy to her. Thanks also to our vet Brett Warren who backed the filly despite a minor injury at the sales. Congratulations to all the Owners who witnessed something very special.